Congratulations to Tom and Julie. 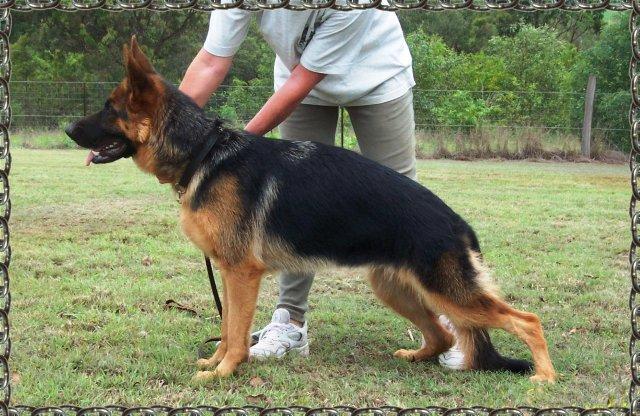 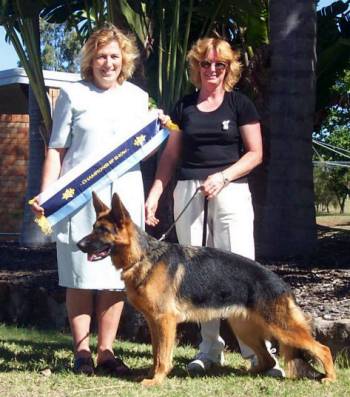 Yeska with Judge Jane Armatys after being awarded B.I.S.

Yeska was purchased from England specifically for her bloodlines as she carries the top German bloodlines in her pedigree.  The purchase has paid off with her getting her hip and elbow status of 0,0 0,0 and is also Breed Surveyed Class 1.  Yeska’s pedigree is a whose who of some of the top German animals with her pedigree consisting of 29 German VA animals. She is full of vitality and personality. She has lovely forequarter and hindquarter angulations. Yeska is beautifully coloured being a very rich black and gold with desired dark eyes.

Thanks must go to Tom and Julie Bridge from the UK for the opportunity to own this lovely animal.

This is Astana Alfons, half brother to Yeska (same mother) who is doing extremely well in the show ring in Germany.  This stunning young dog is holding his own in top company in Germany.  Fonzie received SG14 at 2006 Sieger Show in Germany out of 279 in the class.  In 2007 he receives V16 out of 262 and then tops it off by being awarded British Sieger two weeks later.  Well done to Tom and Julie. 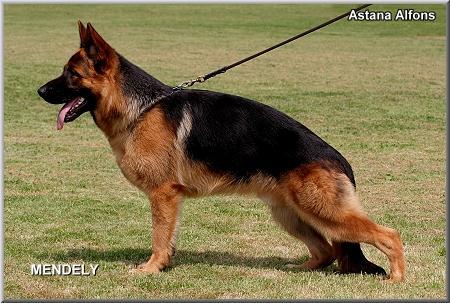 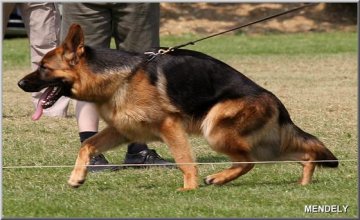