When is a dog sable?

As a matter of principal, the sable colour of a dog is determined directly after birth. At that very moment, it is defined if a dog is black, black & gold, or sable.

Does a sable dog really improve the pigmentation?

One really should not believe that sable dogs can do miracles to the pigmentation, especially in a population where for decades, the black & gold dog was preferred.

This can not be done in one single step or only to a very limited extend.

In certain cases some fast changes can be brought about by a sable dog.

Only when at least one of the parents is sable itself, a sable pup can be born.

Only black & gold pups can be born when both parents are black & gold: No matter how many of their ancestors were sable.

If in a litter like this, a sable pup is born, we can be assured that a sable parent was directly involved.

Sables go through a number of lightening and darkening stages of coat development before they reach maturity. Sables carrying the solid black gene are usually extremely dark at birth, sometimes they look like solid blacks until they start to dry off and then the sable pattern shows through in the coat behind the ears and on the lower legs. Sables carrying black usually show this in their pattern, a very dark pattern with black extending down the legs and present on the tops of the toes. Sables carrying the saddle pattern gene look quite different from the black sables at birth, they are lighter on the sides, with more black concentrated in a stripe down the back. {sometimes we jokingly refer to this as a "reverse skunk" appearance} Pure for sable dogs {dogs that do not carry either the two-tone pattern or the solid colour gene and can only produce sables regardless of what they are bred to}can sometimes be tough to distinguish by looking at them. Pure for sable dogs can only come out of two sable parents. 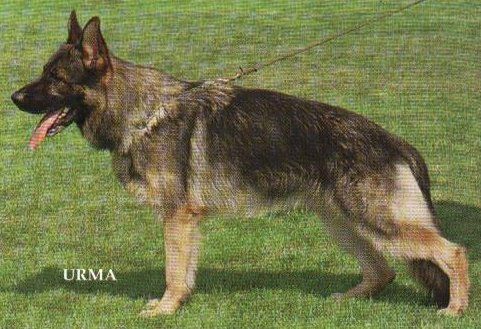 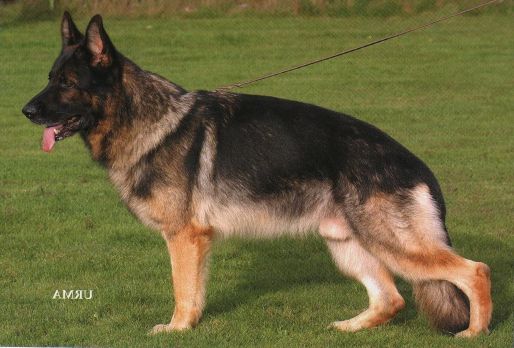 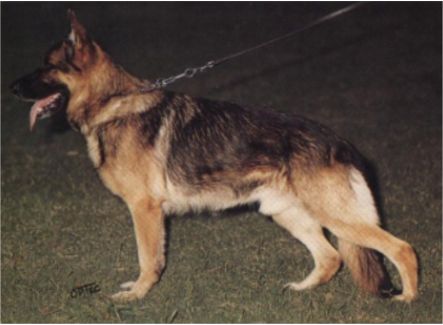 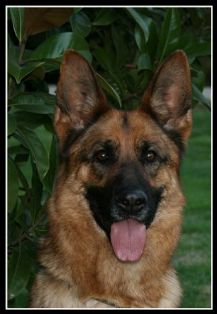 Above is Aust. Supreme Champion Vladimir Anarchy who is doing very well in both the All Breeds and Specialist rings which goes to prove that there is only one GSD standard.  Pity some All Breeds judges don't go back to school. 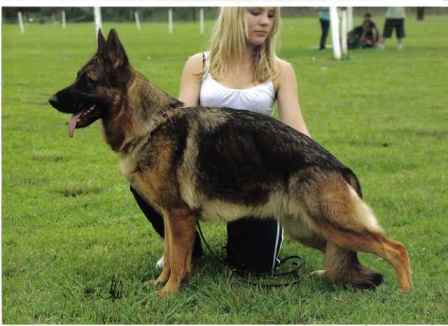 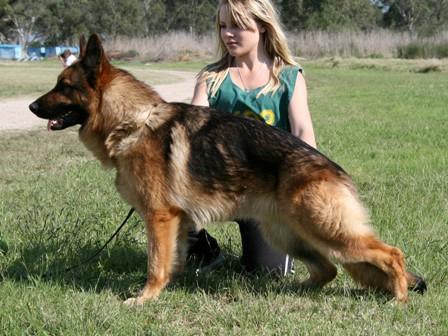 Seigen Ylang Ylang 'A' 'Z' BSCL.1 and Siegen Give It To Me 'A' 'Z' .  Two beautiful examples of sables.  Both owned by Steve Morrisey.

Some of the sables of Masterton German Shepherds 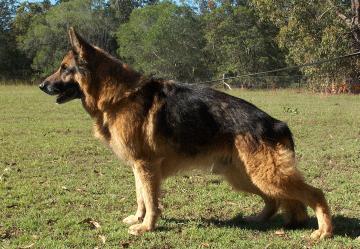 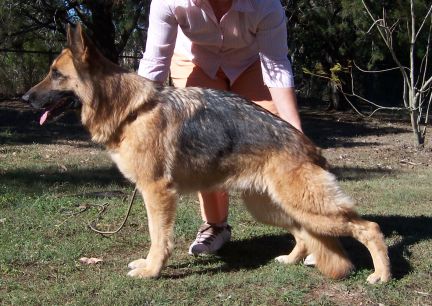 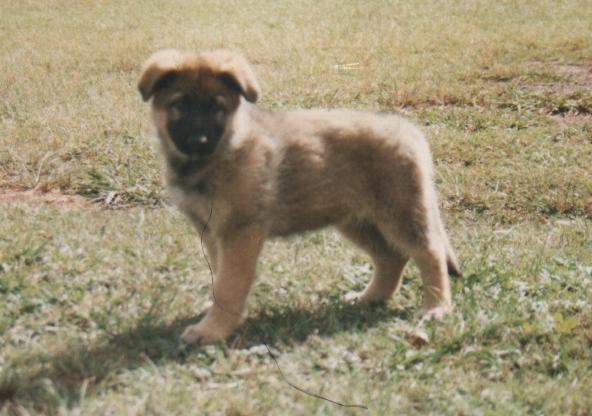 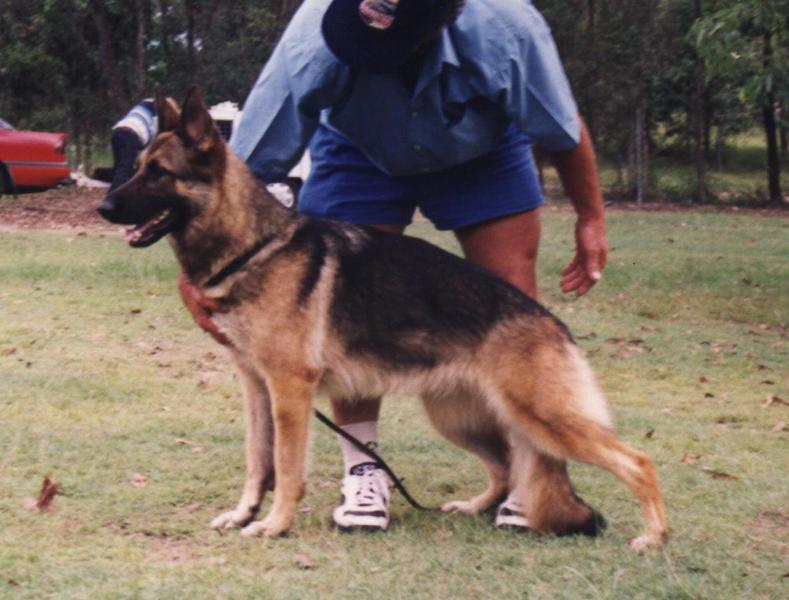 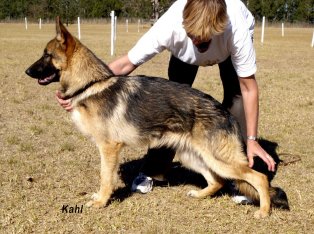 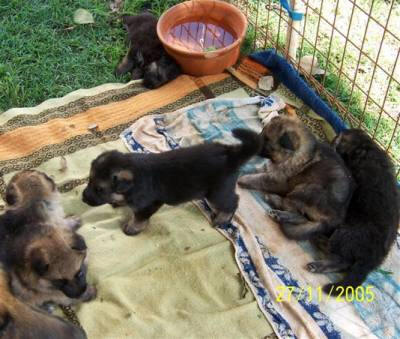 In a litter of puppies it is not unusual to have a mixed litter of both sables and other colours, such as black and gold.